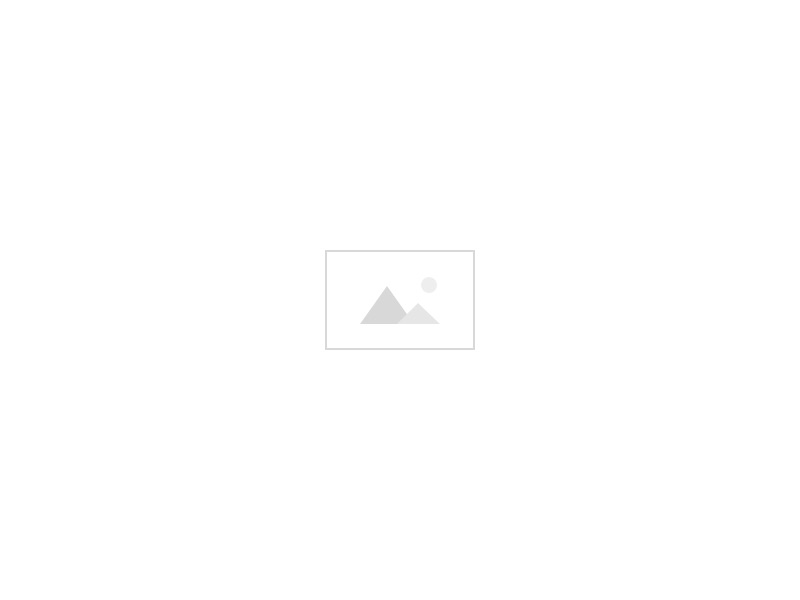 Pureza – Your One Stop Solution to Wholesale RV Water Filters

Want to stay distinguishable among your competitors? This ultimate solution guide would help you everything about wholesaling water filter products. 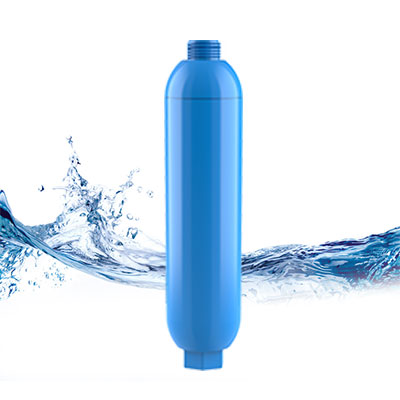 Hello, I'm Michael. Let me help you navigate this page of ultimate solutions.

I am a co-founder of Pureza. I have been working on the design and development of Pureza water filters for 8 years. Backed by my expertise, I present you this comprehensive guide to choosing the best RV Water Filters for your business. Click on the links below to learn about the experience and product quality of Pureza!
Check the Table of Contents 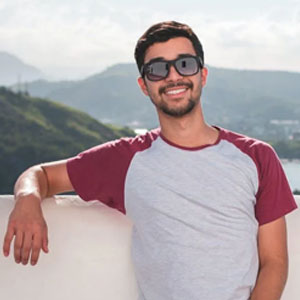 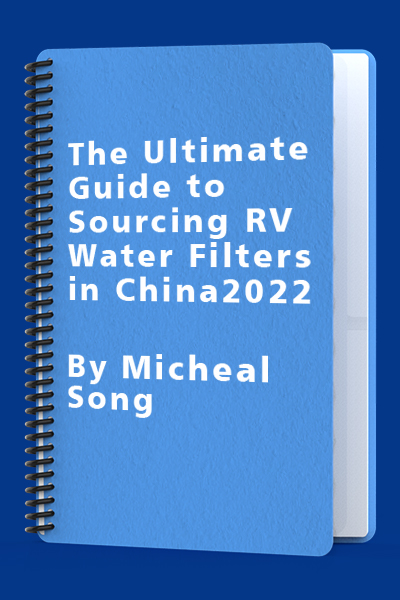 To save you time, we have also prepared a PDF version containing all the contents of this page, only leave your email and you will get the download link immediately.

Why Choose Us For RV Water Filters?

We are a company that values customers' satisfaction. We always aim at producing and delivering quality water filter that meet all your needs.

You don’t have to choose us just because of the products. Choose us because the sole focus of our business is customer satisfaction and experience. By choosing us, you will get the best products in the market that offer you the ideal utility. So, when you are talking to us, you are talking to the masters and a chief authority of the water filtration niche with an experience of 8 years.

Pureza is recognized as the best due to various reasons.

Pureza produces RV Water Filters with the most durable material.
Fast delivery
NSF 42 certificated
Our RV Water Filters seamlessly filter out 99% chlorine and odor. On top of that, they also enhance the taste of water.
Your products will be taken good care of by our excellent after-sales services.
Need a business consultation? Get in touch now! 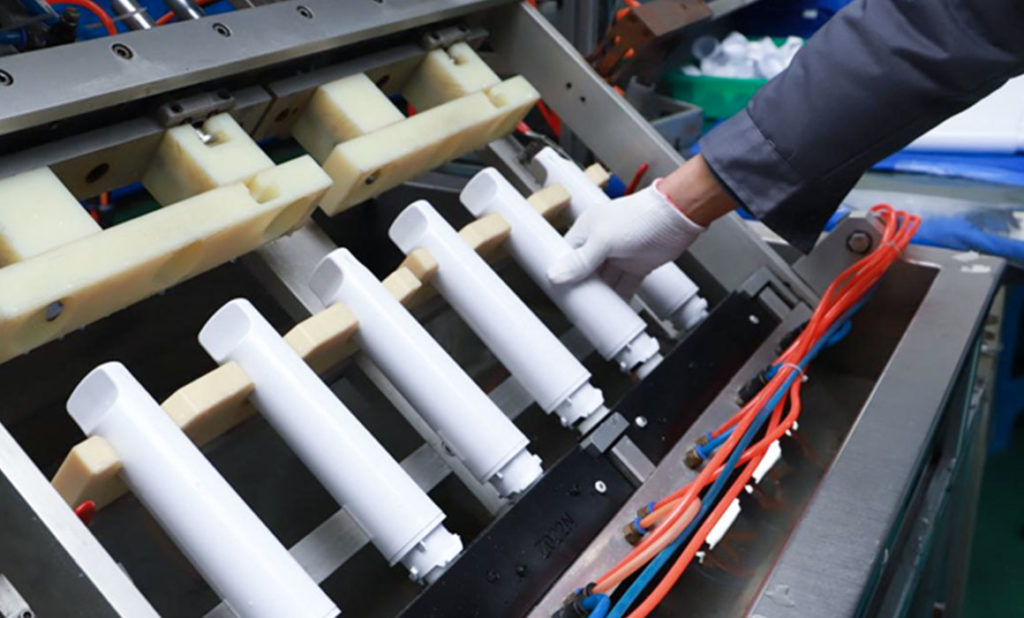 RV Water Filters are one of the prime products of Pureza, but this is not it. Pureza has many other products that you would love to add to your portfolio. 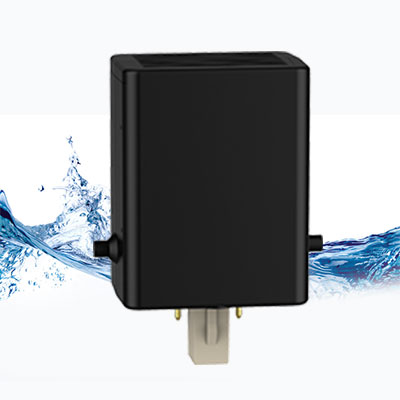 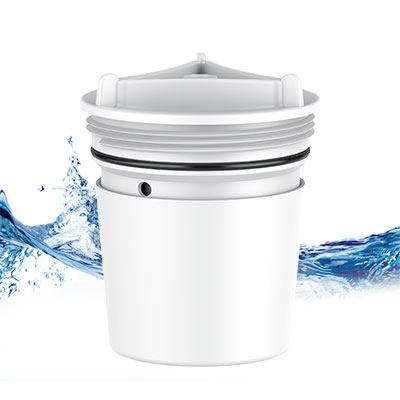 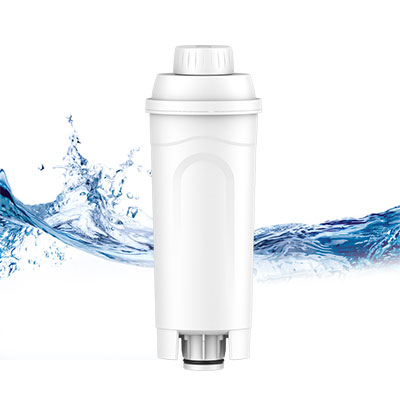 As the prime focus of Pureza is the client and customer experience, your products pass through a strict and planned production system. Our experts and staff keep a close tab on everything from the procurement of raw materials to the final finishing of the filters. So, no need to worry! All your products are made with the best raw material that includes sintered PE filter element, granular activated carbon, activated carbon fiber filter element, etc.

To fulfill your branding needs, you can get your RV Water Filter tagged with a logo. As RV Water Filters need special care while handling, the printing process is designed in a way that does not damage the filter.

How Are RV Water Filters Made?

The extrusion process begins with mixing up carbon and a polymeric binder. This mixture is further heated and melted. The melted mixture is further pushed through a die to shape it. The obtained matter is allowed to cool down. When it does, it becomes a solid mass that can be cut to be used as a filter in a machine.

The compression molding process uses the same mixture as the extrusion method. The process begins with sintering the obtained mixture. It is done by heating the mixture at a temperature below that of the binder’s melting point. Along with heating, the mixture is compressed under high pressure until the stage where the mixture becomes hard. Once this hard mass cools down, the blocks are cut and used as filters.

RV water filters produced by these processes are properly tested and approved before they are packed and sent further for use.

All the money paid to Pureza for the purchase of their products is secure. Below is an outline of costs you will incur:
Upfront Product Cost
When you place an order with us, you are entitled to pay at least 30% of the entire order amount. However, if you want, you can also pay the entire order amount.
Design Fee
You will only be charged the design cost if you propose a custom design for your filters. For an existing model, there are no charges.
Shipping Fee
This is the amount of money that you will pay for the transportation of your products from the factory to your doorstep. Pureza offers you the convenience of any kind. 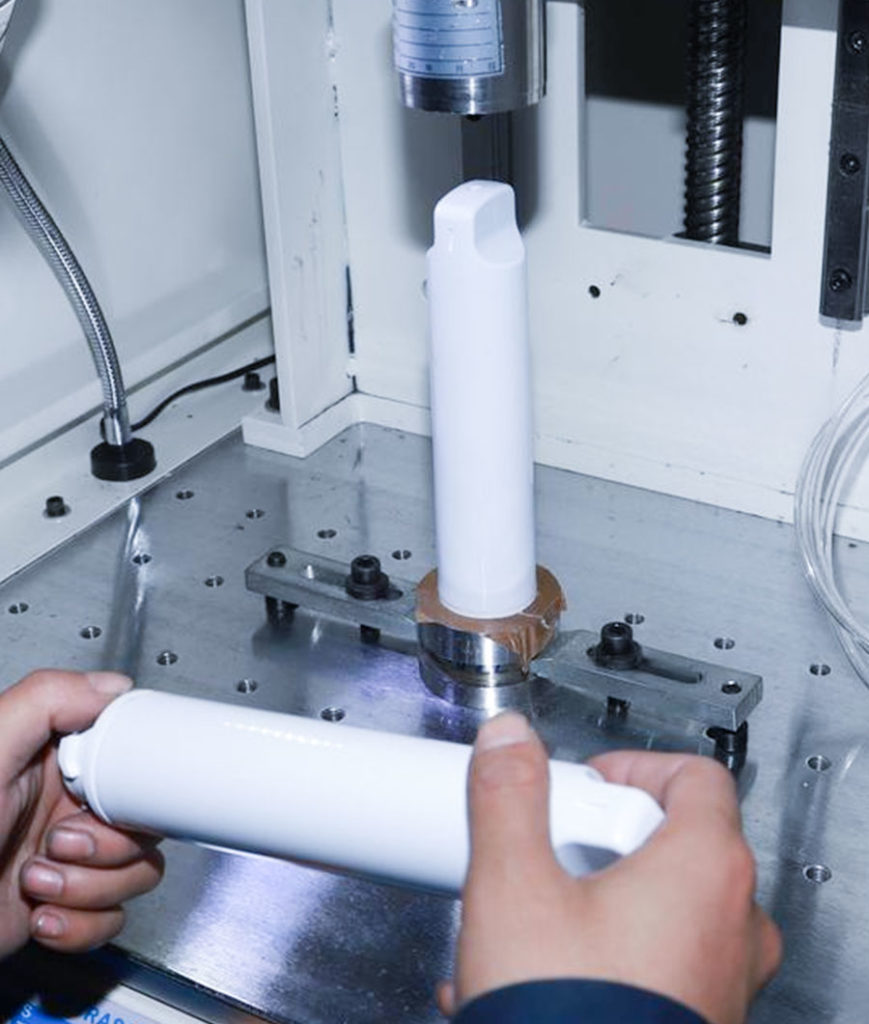 Sample Product Fee
To get an idea of the RV Filter Quality, you can request a paid sample from us. If you need samples of multiple products, you need to pay more.
Shipping Cost
You can decide to either pay the full amount or pay 30% of the full payment for the wholesale.
Miscellaneous Fee
Misc. Clearing charges are not included in this fee. These fees are not included in taxes services or penalties.

We work fast. With the increasing number of customers approaching us, we have no other option but to prioritize speed. Let’s look at the whole process of manufacturing and shipping: 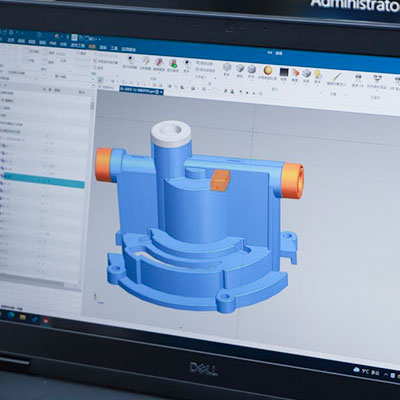 After a proper inspection, the manufacturing begins where extrusion and compression molding processes design the coconut shells into bowls. 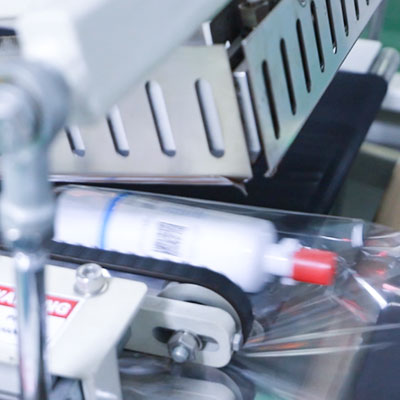 Packing and boxing all products time

The prepared bowls are packed in cartons by staff. This task is an easy one that’s why it takes less time. 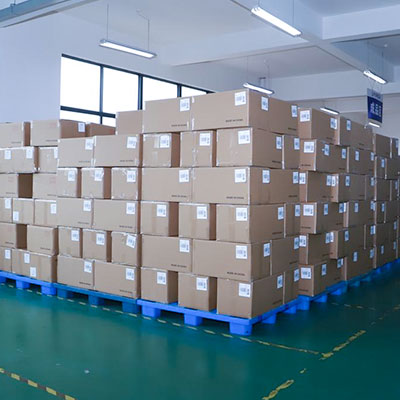 The orders of RV Water Filters are loaded into the vehicles after custom inspections and further transported to dispatch points in this stage. 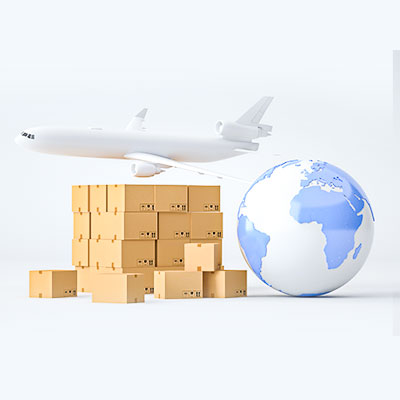 Once the products arrive at their destination, you will receive an alert. You can plan how to collect your shipped goods.

Our entire manufacturing process is pretty comprehensive. The sole aim is to ensure product quality and customer experience. 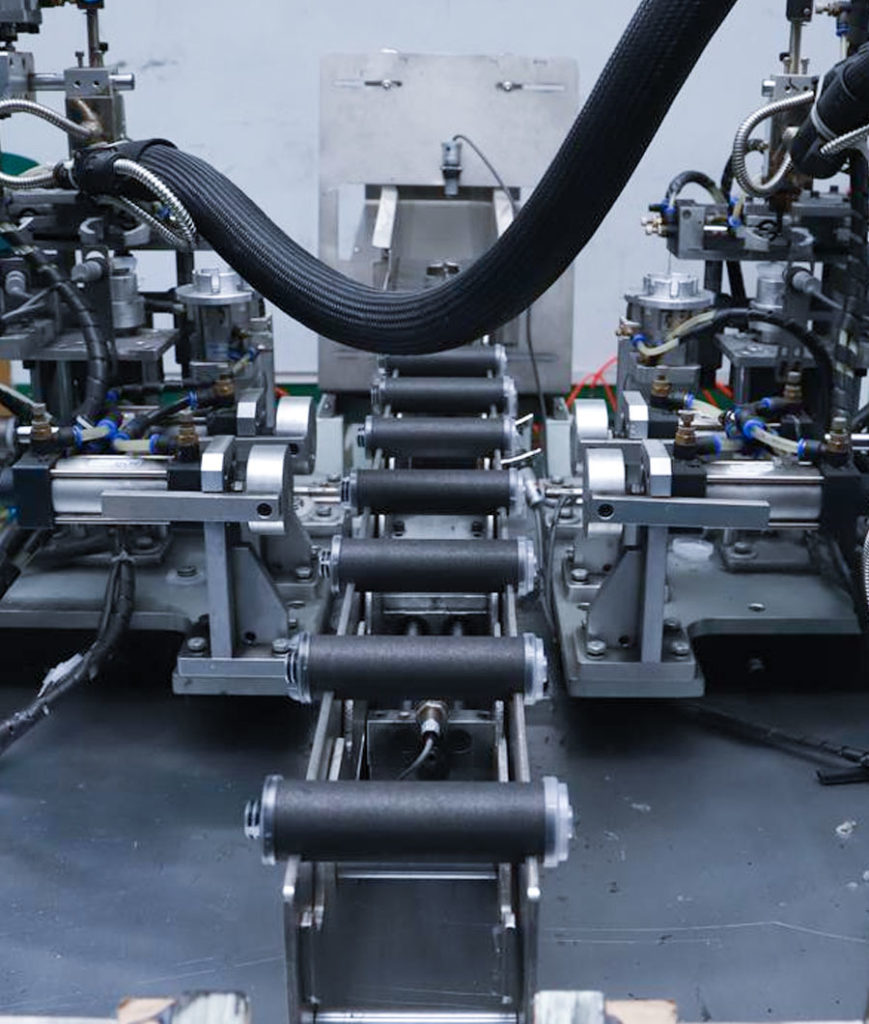 After understanding your requirements, like the volume of the order, customizations, etc., Pureza proposes a price quote to you.

Once an affirmation is received from you, the production process begins.

In this step, designing the packaging of the RV water filters begins.

Post designing the packaging of RV water filters, the mass production of your and many other orders starts.

When the production process is complete, your order for RV water filters are packed and shipped.

The packages are transported by sea and road to their respective locations.

Finally, your orders are delivered to you at the preferred location.

To save you from worries, here are some facts you need to know about our wax supplies:

Are you a manufacturing or a trading company?

Unfortunately, no. You will have to pay a small fee for shipping wholesale coconut bowls.

What am I supposed to do if my wholesale order delays?

If your order is late for more than a week, email Pureza customer care on the website to be assisted further.

Kindly note that sometimes the orders can delay because of unavoidable circumstances. Just be patient and we will let you know if there is a valid reason for the delay.

We will ship out unit by DHL,Fedex, UPS,etc (Door to Door Service), around 5-7 days to arrive.

Or by Air to your airport (Door to Airport Service), around 3-5 days to arrive.

Or by Sea to the seaport, Minimum CBM requirement : 1 CBM, around 30days to arrive.

How long does it take for me to receive the goods that I\'ve ordered?

Usually within 3 weeks if no customization on the products, but It may take up to 60 working days if the shipping company stock in trouble.

T/T 30% as deposit, and 70% before delivery. We’ll show you the photos of the products and packages before you pay the balance. And we also have Western Union,MoneyGram,and PayPal. Or if you have different request, we can discuss.

Pureza filters are manufactured keeping in mind international regulations and certifications. Most products have passed NSF/ANSI 42, 372, 53, and 401, IAPMO, Dun & Bradstreet certification, and are SA8000 certified. Our eco-friendly filters utilize activated Carbon Block as a filtration medium. And we have 100% genuine natural activated carbon, provide full support, competitive price, and customized on demand.

Have a look at how some of our clients perceive our goods and services:

I went to Pureza to buy wholesale water filters for sale some time back, and I was really pleased with their fast service and their gentleness with customers.

They are so friendly, and they even offered to transport the products to my shop, which was not very far from the company’s manufacturing factory. Thank you for that!

Michael pitched to me about their amazing refrigerator water filters, and I just had to check them out. I bought several for home use, and guests coming to my home cannot stop asking me where I got them from.

These are just masterpieces! They appeal to everybody’s eyes.

I bought several for home use, and guests coming to my home cannot stop asking me where I got them from. These are just masterpieces! They appeal to everybody’s eyes.

I’ve been selling and using their water filters for 8 years now, and I was never even once disappointed! Keep it up, Pureza!

Get an instant quote from our most experienced consultants.